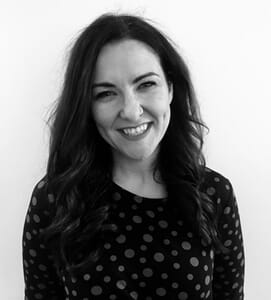 Confronting terminal illness can lead to a devastating sense of demoralization, loss of hope, meaning, desire for hastened death, depression, and anxiety. Terminal cancer is the second leading cause of death in the world. Cancer will take one in four of us, and almost half of us will face it—at least once, at a rate of 1.6 million people in the US alone every year.

Researchers at Johns Hopkins, NYU and UCLA made headlines in 2016 when they showed that a single six to eight hour guided psilocybin session led to overwhelming improvements in end-of-life anxiety, depression and quality of life for about 70% of patients. Changes were confirmed by relatives, and tended to last many months or more. These studies were featured in the documentary film A New Understanding–The Science of Psilocybin (2016), along with interviews with the participants, researchers and clinicians involved.

This psychedelic therapy research harks back to some foundational work laid out in the 1950s and 60s. Eric Kast, Stanislav Grof and the rest of Spring Grove started treating terminal-illness related pain and psychological distress with LSD, and established the working model being used in controlled experiments today.

Researchers find that psychedelic psychotherapy helps patients connect more deeply with their emotions and discover new ways of being and connecting with themselves, with others, and with the world. Although the mechanism by which psychedelics like psilocybin work in the brain is complex, it has been found that their activity at the serotonin-2A receptor reduces sensory filtering, amplifies emotions, exposes subconscious processes, and elicits autobiographical memories that can lead to insight, softening the boundaries of the self, and on occasion, peaking in full mystical experience. These are measured in the Mystical Experience Questionnaire as ego dissolution, insight, sacredness, amplified mood, and transcendence of time and space, and appear to predict lasting therapeutic effects.

These clinical trials are conducted under strictly controlled conditions with medical oversight and key exclusion criteria (such as having a family history of psychotic illness). Although there have been no reported serious adverse events (SAEs) in the past 15 years with over 2000 doses of  psilocybin administered in a clinical setting, unsupervised illicit use still carries risks.